SELL BY VIDEO
SELL ON Lelong.com.my

Acer Malaysia : Aspiration in Global IT

It evolves from a manufacturing powerhouse to globally recognized computer brand, providing world class IT products and services. Acer put first priority on delivering the freshest and most affordable technology to benefit consumer worldwide. From a solid hardware company transform into a hardware + software + services company, Acer Inc proven succesful in between their engagement with consumers about microprocessor technology and promoting computer usage in everyday life. Acer seeks to further strengthen for global footprint with a multibrand strategy and solid partnerships after the succesful completion of the merges of Gateway and Packard Bell. In the era of cloud technology, Acer start working towards to embrace new opportunities for a mission of breaking barriers between people and technology. Apart from being aspiration, computer modals of Acer Malaysia have human-centric network based on a collective of intelligence and added value to make the sworms of smart devices more meaningful. 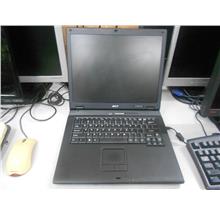 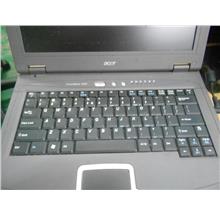 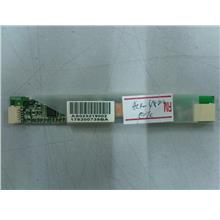 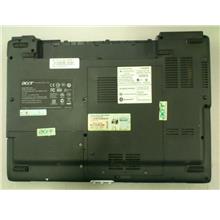 Everything offered by Acer Inc including the latest Acer Aspire notebooks, desktop and chromebooks are available here on Lelong.my through the online store. Consumer also can shop the latest product of Acer like Swift Series, Chromebook Series, Veritan Series and Aspire Series at the reasonable price. Regarding to the wide range of Acer products that Lelong online store have, we frequently hold Acer sales promotion in term of discount the add on promotion. The models offer flexibility to adapt to change global IT market trends and broad lineup of laptops in every major category from chromebooks to high end gaming rigs.

Acer Veriton Series : This series is a line of Acer PCs designed for business and profesional users. The series includes several PCs with different sizes, shapes, perfomances and functionality. Veriton PCs come in various configurations as well as dimensions to cover the specific needs and demands. All Acer Veriton desktop PCs labelled 'G' meet a variety of international standards for low energy consumptions such as energy star 4.0, EPEAT Silver, RoHS and Green Seal.

Acer Aspire Series : The Aspire series was first brought to the market in 1999 when the Aspire 1151 was introduced and featured a 200 MHz Intel Pentinum. The series then replaced the Acer Power series in 2002 and became one of Acer's main series. It is a series of personal computers by Acer Inc aimed at the casual hosehold user or for small business use. The Aspire series covers both desktop computers and laptops. Acer developed the series to range from essentials to high performance. The Aspire mainly competes against numerous computer in IT market.

Acer Chromebook Series : It is a laptop running the Linux-based Chrome OS as its operating system. Acer Inc is the first company that sale the Chromebooks on 2011. Chromebooks are primarily sold both directly from Google and from the company's retail partners. In 2015, Acer Inc announced their first big screen Chromebook 15 with an FHD 15.6 inch display. Acer Malaysia developed the chromebook series until now.

Brands related to Acer including :

Seller & Buyer Communication
We provide a transparency communication between buyer & seller in a secure platform.

Save Money & Time
We give an access to everything buyer need at competitive prices.

Secured & Protected
All the information & transaction are secure with our Netpay system.
MOBILE APPS

STAY CONNECTED
Copyright Â© 2021 Interbase Resources Sdn. Bhd. (465435-U).
All product names are trademarks of their respective companies.
Lelong.com.my is not affiliated with or endorsed by any company listed on this site.